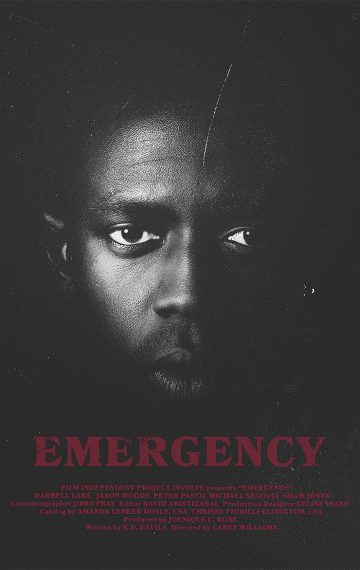 Emergency is a dark comedy short written by KD Davila and directed by Carey Williams developed through Film Independent’s Project Involve.  Emergency explores what happens when three college students, all men of color, discover a white woman passed out on their living room floor. Certain that calling the police will lead them to be accused of wrong doing they wrestle with what to do.

Emergency screened at Sundance where it won the Short Film Special Jury Award it also played at the American Black Film Festival as well as many other festivals. You can read about the writer-director-producer collaboration here.