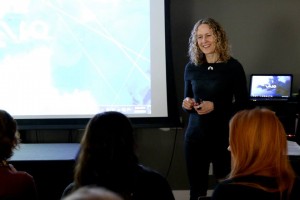 Last month I was in beautiful St. John’s, Newfoundland for the St. John’s International Women’s Film Festival’s “Scene and Heard.”

St. John’s, on the most Eastern part of Canada,  affectionately known as “the rock,” and a three hour flight from Toronto is home to an amazing group of incredibly talented filmmakers. I was fortunate to meet many of them during a workshop on writing short films and in a dozen one-on-one script consultations. I also moderated a panel on adaptations with award winning filmmakers Barbara Doran and Deanne Foley and novelist Kevin Major which led to conversations about what it takes to find the right project to adapt and the importance of emotionally connecting to your material.

I was also fortunate to be able to see a screening of selected short films by local filmmakers, pick up some truffles from the Newfoundland Chocolate Company and get a fabulous Scene and Heard t-shirt but skipped the cod cheeks (don’t ask!). St. John’s is a very special city with a wonderful, close knit community of writers, directors, and producers and I was truly honored to be part of this year’s “Scene and Heard.” 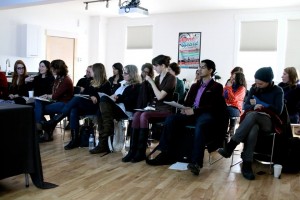